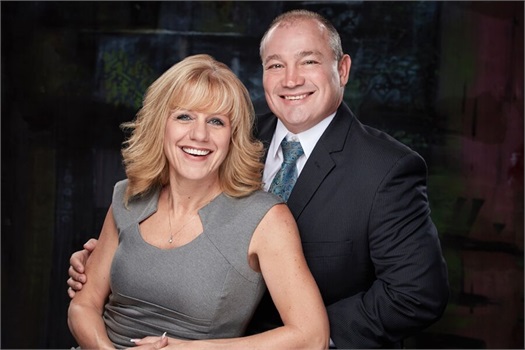 Kim and Rick have been married for 25 years, starting their professional career in Wealth Management in 2008, with a passion for serving and helping others achieve their financial goals.

They have 3 adult children and 5 grandchildren. Rick grew up in North Idaho, graduating from Post falls High School in 1989 with the privilege of being Post Falls High Schools first ever Wrestling State Champion. Rick later went on to graduate from North Idaho College, and now competes competitively in Power Lifting holding several state records.

Kim is from Big Fork Montana and relocated to North Idaho after meeting Rick in 1992. She graduated from Big Fork High School in 1987 and later graduated from North Idaho College as well. Kim is a competitive runner with a focus on long distance. Together they form a strong bond with the unique ability to work efficiently and passionately to serve others.

Ricks favorite quote from scripture – Mathew 20:16 “So the last shall be first, and the first shall be last.” We are here to serve others, and all else will fall into place.

It’s also the foundation for intelligent, well-considered decisions. When you have retirement in sight, sound decisions are vital in helping you pursue your goals and avoid costly mistakes that can impact your future. For many, understanding every aspect of personal finance can be daunting. From investments to retirement to insurance, the decisions can be overwhelming.

As financial professionals, we are committed to helping people just like you create solutions for their retirement assets. Once we understand your risk tolerance, time horizon, and goals, we'll work to develop a program that carefully balances investment strategies with preserving principal.

We invite you to check out all the material on our website. If something prompts a question, please send us an email or call the office.